Ubercart is Dead: Why a Migration is Needed ASAP

Ubercart, once the go-to commerce option for Drupal and the precursor to Drupal Commerce, is slowly fading away. Its usage has been declining for years and a stable Drupal 8 release will never happen. Even one of the original creators has moved on to support a new Drupal ecommerce solution instead of continuing on with Ubercart. In you’re running an ecommerce site that uses Ubercart, this post is for you. Our goal is to show you why you should consider moving off of Ubercart now instead of waiting until it finally reaches end of life.

UPDATE: Click here for an Ubarcart is Dead roundtable discussion. The roundtabe discussion is a follow up to this article in the form of a webinar-style question and answer recorded video session with Shawn McCabe.

The decline of Ubercart today

As mentioned in the introduction. Ubercart usage has been declining for years. The Drupal 7 version of the module is where it saw most of its success with usage peaking in 2014/2015, but usage has been continuously dropping since then. The following graph is a snapshot of Ubercart’s usage history as recorded on Drupal.org.

Ryan Szrama, one of the original creators of Ubercart, moved away from it and started the Commerce module for Drupal as a replacement. Since then, the majority of the ecommerce community around Drupal has also moved along with him making Drupal Commerce the new go-to option for ecommerce built on Drupal. Not only does Commerce now have more installs for both Drupal 7 and Drupal 8, but it is also a much more active development community.

The Ubercart module has never moved over to a proper Drupal 8 release. Development is stuck in alpha and without a new release in over 3 years, there is never going to be a stable Drupal 8 release.

In software development, alpha is a term given to a software release that is still very much in development and not ready for production. Here’s the description of alpha from Drupal.org.

alpha: Most reported errors are resolved, but there may still be serious outstanding known issues, including security issues. Project is not thoroughly tested, so there may also be many unknown bugs. There is a README.txt/README.md that documents the project and its API (if any). The API and DB schema may be unstable, but all changes to these are reported in the release notes, and hook_update_N is implemented to preserve data through schema changes, but no other upgrade/update path. Not suitable for production sites. Target audience is developers who wants to participate in testing, debugging and development of the project.

In contrast, the Drupal Commerce module has had many full production-ready releases for Drupal 8 and follows a release schedule for bug fixes and new features. The group behind Drupal Commerce is actively developing the core software and the wider community is also active in supporting the project.

What Ubercart development still happens focuses on maintenance of the Drupal 7 version only. The catch here is that Drupal 7 reaches end of life November 2021, which will likely spell the effective end of Ubercart as well. If you’re using Ubercart and Drupal 7 together and you want new features and active development, that realistically ended years ago when the majority of the contributor community moved away from the project.

Here’s a couple snapshots of the commit history for both the core Ubercart module and the core Drupal Commerce module. A commit is a term given to code changes that have been added to the module. Commits are typically code improvements, new features, bug fixes and security updates that have been written, tested and approved for release.

When looking at the graphs above, it’s important to know that it’s common to see number of commits trailing off over time. This is because the majority of the core software is built early on and so fewer commits are made over time as development of the core ramps down. What is important to see is that development of Drupal Commerce over Ubercart is still continuing, meaning new features and code improvements are being actively made to the core Commerce software but not to Ubercart.

Another point to note about these graphs is that when commits are ramping down to the core software, development efforts are likely being moved to community built extensions. This data isn’t reflected in the graphs above. The community built extensions is the ecosystem of new add-ons and features that aren’t found in the core software. In the case of Ubercart, this community development is very small and limited whereas for Drupal Commerce community is very active and engaged.

Where to go from Ubercart?

You’ve probably guessed this already, but the clear path moving away from Ubercart is to Drupal Commerce. Commerce is the Ubercart replacement and it’s capable of so much more. It’s also Drupal 8 ready and will provide a painless transition to Drupal 9, when that happens.

The following is a list of improvements Commerce for Drupal 8 has over Ubercart:

Drupal 8 improvements over Drupal 7 include:

Commerce improvements over Ubercart include:

Why move now instead of later?

While you could wait until Drupal 7 end of life to move your ecommerce site off of Ubercart and onto Drupal Commerce, this is not something we would ever recommend. The truth of the matter is that by waiting until the very end, you’re taking on a lot of unnecessary risk for both your business and your customers. You don’t want to be in a position where you’re scrambling to make-it-happen quickly when suddenly you’re not getting any more security updates to both Drupal 7 AND Ubercart. That is a worse-case scenario and you would be wise to avoid it.

Right now is an ideal time for you to consider making the switch. Both Drupal 8 and Commerce have been used in the wild now for years and the software is very stable. Most likely all of the features and functionality that you currently use has already been ported over to the new versions. The tools that help migrate Drupal 7 and Ubercart over to Drupal 8 and Commerce have been created to assist with the move. Really, from a technical standpoint there’s no reason to not make the move now.

Of course, it can’t be denied that completing a migration to the latest and greatest does take time and effort to do, and there will be a cost involved. All the more reason to start the process now. Right now you have the time to find the help you need and to properly budget and plan how your migration will be executed. Right now it’s not a hassle, it’s an opportunity to make your business better for both you and your customers while at the same time correcting any of the little things that bother you about your site now.

Acro Media has been helping ecommerce owners and operators with consultation and development for well over 10 years. We’re intimate with both Ubercart and Drupal Commerce, and we even staff some of the talented people who built Commerce and the migration tools everyone uses to make the move. If you want to learn more about how your migration would happen, we would love to talk. Click the link below to get started. 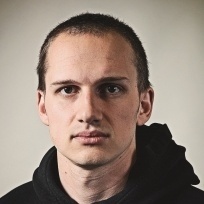 Automating Ecommerce: A Non-Technical Guide to Why and How