What's New in Drupal 8.5 and Why You Should Update!

The biggest reason to install the new Drupal 8.5 is to get the security updates and bug fixes, but that's not the only reason. With the Drupal 8.5, you also get plenty of new features. If you choose not to upgrade, you'll be missing out on things like:

A whole bunch of the functionality that was in modules like Panelizer (i.e. the ability to move sections around and reposition different elements) is in core now. It's even built with an API so other people can work with it. You still need some contrib modules to manage some extra stuff, but you can choose the placement of things like menus, catalog listings, CTAs, etc. Having that functionality included right out of the box is really cool.

The 8.5 release includes native integration of image management and video management. You can now play videos automatically through Drupal without needing a plugin. This is a big deal if you have users uploading files or you want to control your videos more than you can do with, say, YouTube. A lot of clients don't actually want their videos on a public forum like YouTube, especially if they're subscription based or behind an account.

In the past, you had to do this through add-ons and configurations, and it was more cumbersome than it needed to be. So having it built right into core is a big improvement. One piece that's missing is a nice media library, but that does exist as a contrib module and will be making its way into Drupal core eventually.

Almost all migration is now marked as stable, which is good news if you want to migrate from Drupal 6 or 7 to Drupal 8. The API is also marked as stable, so people building other migrations can use that. The user interface for migrating has also been greatly improved—there are now interfaces where you can upload files and connect to different things (no more being forced to do it all via command lines!)

This awesome technology that greatly reduces the time it takes web pages to load is not only included in Drupal core, but it is enabled by default. That means that anyone who sets up a Drupal site just uses BigPiping unless they explicitly turn it off, and there's no reason to do that. It's a pretty big step for Drupal to get that quick-loading capability.

TLDR: You should really upgrade to Drupal 8.5. It's well worth it. 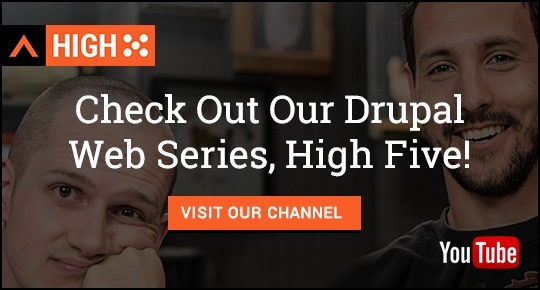 Let’s be honest: doing multi-language versions of your site in Drupal 7 was a nightmare. It was really cumbersome to use, there were a ton of modules ...
END_OF_DOCUMENT_TOKEN_TO_BE_REPLACED

Drupal 7 had a lot of strengths, but editing was not one of them. It was embarrassingly terrible. You were more or less OK if you just wanted to ...
END_OF_DOCUMENT_TOKEN_TO_BE_REPLACED

Choosing the Right Content Management System for Your Business

Having the right content management system (CMS) is more important than ever for the success of your business. That’s because the flexibility of your ...
END_OF_DOCUMENT_TOKEN_TO_BE_REPLACED