When A Platform Reaches End-of-Life, Then What?

Many ecommerce related platforms and software, whether it has to do with your website, marketing, payment, inventory, fulfillment, and more, may eventually reach end-of-life (EOL). EOL means that the vendor or whoever is actively creating, supporting and marketing the platform, will cease to do so from a given point onwards. Often, the decision to announce a platforms EOL is because the next version is being released. Sometimes, EOL can be because a platform is being shut down or a decision has been made within an organization to replace it. In either case, you will typically be given a timeframe from the EOL announcement to when it happens.

In this blog, you’ll gain a better understanding of why end-of-life happens, how it affects your digital commerce ecosystem, and what you can do to mitigate the impact on your organization and business.

Why does end-of-life happen?

As I mentioned in the intro, EOL is typically because a new version of the platform or software is being released, either from a vendor or internally (if you’re organization has custom built platforms). Why would a new version be released? Usually this is to support new and evolving technology.

For a quick an easy example, think about your computer's operating system. We’ve seen so many iterations since computers were invented. Each version has arguably gotten better, becoming more user friendly and supporting the latest technology advancements. You see support for previous versions available for a time, but eventually they fade away.

For a more relevant example, and one I’m very familiar with, I’ll talk about the open source Drupal CMS (although what’s said here can be said for many other platforms, too). The NEXT version of Drupal, Drupal 9, will have a release date sometime in 2020. This announcement also gave us an EOL date for both Drupal 7 and 8, November 2021. While it may seem strange that both 7 and 8 have the same EOL date, this brings up a couple different example of why new versions of software happen and what causes EOL.

End of life for Drupal 7

The production-ready version of Drupal 7 was originally released in 2011. While it was advanced at the time, the technology eventually became outdated and better development tools and practices evolved. Drupal 7 was its own thing with many of its own ways of building and maintaining code. 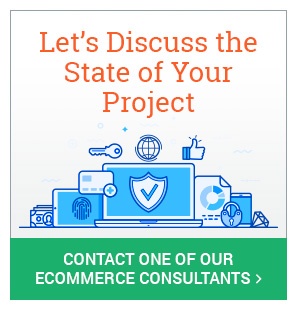 Drupal 8 was released at the end of 2015 and went in a new, modern direction by utilizing the Symfony PHP framework and object oriented programming concepts. This change made Drupal 8 better in many ways, including a more standardized and reusable code base that is easier for developers to maintain and integrate with.

The core maintainers of Drupal knew that this shift was a big one and so an EOL date was not given at the time. They wanted to make sure the organizations using Drupal and the community of developers building Drupal had ample amount of time to get familiar with the new ways of doing things. Eventually, and with the announcement of Drupal 9, the decision was made to give an EOL date for Drupal 7 and move on. The core maininers of Drupal will no longer support Drupal 7 after 2021, but it is expected that third party vendors will create their own support packages. This is what happened when Drupal 6 was replaced by Drupal 7. Honestly though, after 10 years of Drupal 7 it’s in everyone’s best interest to upgrade.

End of life for Drupal 8

Drupal modernized with the release of Drupal 8 and so the announcement of an EOL for it at the same time as Drupal 7 wasn’t unexpected. Drupal 8 was built around a concept of continuous innovation. This means that when new technology gets added for new features and functionality the previous technology also remains in the system. In this way, innovation can continue to advance the software without breaking anything already existing. It also gives third party developers time to update their own code as needed to support the new technology.

Eventually, however, all of the old and depreciated technology and code needs to be removed. This is what the Drupal 9 release is all about. The latest technology moves forward, the old tech gets dropped, and the cycle repeats. It’s more about cleaning up the software then about releasing a new version. Where an update from Drupal 7 to 8 or 9 is quite a significant process (more like a replatforming), the update from 8 to 9 and beyond should be quite simple. Ongoing support is really only limited to any custom modules you may be using and getting them up-to-speed with Drupal 9 (and the next versions after that).

Is there really no vendor support for the old version?

Yes and no. There will be support for the old version until the end-of-life date, but after that, anyone using the old version will pretty much be on their own. EOL is meant to force an upgrade.

This is the case we’re seeing right now with Magento Commerce 1. Magento, now and Adobe company, is pushing businesses using this platform to upgrade to the new version. They’ve outlined June 2020 as end-of-life which is when bug fixes and security updates will stop being released by the core development team. Here’s some of what they have to say:

“While we’re committed to supporting the success of all merchants, the time to upgrade to Magento Commerce 2 is now... ...We encourage all Magento Commerce 1 customers to reach out to their Customer Success Managers or development partners to start their upgrade planning as soon as possible.” (Source)

This is a pretty common way for vendors to handle EOL, where only minimum support is given for a time with a clear deadline for upgrading. After that deadline passes, if a business hasn’t upgraded they’re pretty much on their own.

For open source platforms and any other platforms where third-party developers and communities are also contributing code in the form of patches, plugins, extensions and/or modules, EOL typically means that these efforts will also shift to support the new version. Support for the old version may still happen, but this will be on a case-by-case basis and again usually only for security updates and keeping it working with the minimum amount of effort.

Eventually, for one reason or another and as time goes on, functionality within the old version will start to break and finding developers to fix it will become increasingly more difficult or impossible. Really, EOL is meant to push users to the next version and it’s in your best interest to do so. If you don’t, the risk to both your business and your customers information will continue to grow.

When it comes to your overall commerce architecture, or all of the different platforms and pieces of software that you use to run your online business, end-of-life can have a significant impact.

When trying to understand the impact due to EOL platforms, you first want to look at how the platform in question connects to other components in your architecture. For example, if the platform in question runs your online store, what other platform is connected to it? Is completed order data updating accounting information on another platform? Do you have any marketing or customer automation software integrated? Are you using a specific payment gateway or shipping provider? Do you have any custom functionality added that was built specifically for your organization? And the list goes on. You want to make sure that the new platform will connect in the same way, or, if your workflows are all manual, provide you with the ability to connect to other platforms to reduce swivel chair processes. Integration and automation is at the heart of an effective digital commerce architecture, so making sure the new platform can do this is important for future scaling.

Once you get past any initial frustration caused by needing to change a platform, the result can actually be quite positive. You have the opportunity to improve your customer experience and your organization’s ability to streamline and automate workflows and processes. Replatforming isn’t always because of EOL. Many effective online organizations and businesses will often change platforms strategically in order to support their business goals. At a certain point, these organizations and businesses realize that the technology they use helps give them a competitive edge. Here you can start doing the same and shift your understanding and structure of your commerce architecture to reach new heights.

Of course, if you’re reading this then I feel like an end-of-life platform was probably something that was forced on you and not something that your organization decided on. Even if this isn’t the case, you probably want to know how to mitigate the effects of end-of-life on your business. Here are some tips.

And there you have it. When a platform that your organization uses becomes end-of-life, get through it by understanding your data, embracing the opportunity, getting the support you need and start planning sooner rather than later. Follow these 4 tips and you’re guaranteed (or as close as you can be) to a successful transition out of an end-of-life platform.

Automating Ecommerce: A Non-Technical Guide to Why and How

You’ve identified the ideal type of commerce architecture for your ecommerce business and have maybe even gone through initial steps to implement it. ...
END_OF_DOCUMENT_TOKEN_TO_BE_REPLACED

Choosing the Right Content Management System for Your Business

Having the right content management system (CMS) is more important than ever for the success of your business. That’s because the flexibility of your ...
END_OF_DOCUMENT_TOKEN_TO_BE_REPLACED